I have an affinity for domes, so when I heard there was a huge dome on an island in Montreal I had to go and visit.

A dome on an island? Now that got my attention. I love islands and I love domes. 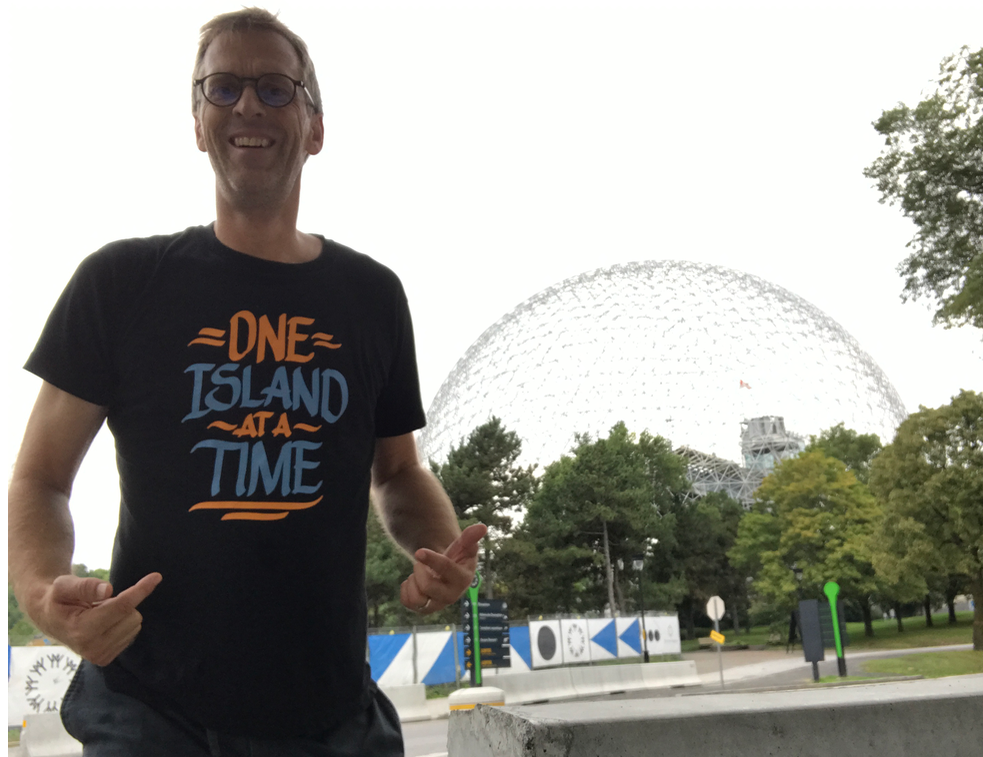 And when I heard this dome was designed by no one less than Buckminster Fuller I knew I just had to go.

Fuller was the grand father of domes, a visionary, and a strong proponent for humanity to look at earth as one.

A classic Fuller quote is: “We are all astronauts on a little spaceship called Earth”.

The Montreal Biosphère dome on Saint Helen’s island was built as part of the 1967 Expo. Today just the metal frame is left as the plastic covering that once surrounded burnt up in a fire.

Looking at the naked skeleton of the dome frame reminded me of the fragile state of the round planet we live on. Earth might be a big round ball, but we are really just living on that thin outer crust – like the peel of an apple.

All of humanity on a thin outer cover of a dome.

When you look at humanity like that you not only think about how fragile our whole existence is, you also realise that all of us are living very close together.

When people say that they are “living in their own little corner of the world”, they are not only ignorant, they are factually wrong.

There is no corners on earth. That becomes so obviously clear when you stand infront of a big dome like this.

I just wish more people would get to fully understand that.

If they did – or should I say, when a majority of humanity does – the way we look at Earth, at ourselves and at humanity will change forever. Fredrik Haren, aka “The Island Man”, plans to visit 100 islands, in at least 25 countries, on at least 6 continents – in less than 100 months. The purpose of this “World Tour of Islands” is to get a better understanding of the world, a deeper understanding of the people who live here and a broader understanding of life. The Saint Helen’s island was island number 22, country number 19 and month number 21. (Countries visited so far: China, Sweden, Maldives, Austria, Nigeria, Vietnam, Egypt, Indonesia, USA, Malaysia, Thailand, Hong Kong, India, Mauritius, United Kingdom, Ireland, France, Iceland and Canada.)