“When I first arrived to New York I did not like it. The first semester was hell, and I just wanted to go back home to Vilnius.”

The words belong to Ruta Kruliauskaite, a Lithuanian woman studying New Media at the prestigious Tisch School on Manhattan. Her statement surprised me, especially since I knew how much she had wanted to go to New York to study, even leaving a successful career as a event organiser in Lithuania to pursue her dream in the City of Dreams. It also surprised me since I knew that she really liked the course.

But it was not the school that had made her unhappy. It was New York.

I asked her: “Imagine that you somehow were able to fly over all the teachers you have here at Tisch to Vilnius, would the course still be as good?”

She thought for a while and then replied: “No. Part of what makes the school so great is because it takes place here on Manhattan.”

She went on to explain that what had put her off in the beginning was the sheer size of New York. The city is just too big and energetic for anyone to wrap their heads around it.

That is what the people of New York have understood. So New Yorkers tend to specialise, cut out a smaller, more manageable piece of the Big Apple so to not choke by biting off too much.

Every city has different areas that have different characteristics, but I think it could be argued that nowhere is these “cities within a city” more distinct than in New York

If you are going to make it there (as the song goes) you have to focus.

This is the magic of New York. All those very nisch things happening here. How you can be invited into a room behind a door to discover magic.

Like when Ruta today took me past the security guard at the Tisch School of the Arts at 721 Broadway.

When I was standing outside the school waiting for her to meet up with me the building looked just like any other building. On the sidewalk was the usual unique mix of New Yorkers with men in suits, homeless people pushing carts, tourists with cameras and young students rushing to class. Fashionable, rich women trying to catch a taxi next to a conservative jew walking slowly next to a FedEx delivery man double parking to deliver a parcel. Noise, stress, hustle and bustle. Human randomness.

And then we step into Tisch and take the elevator up a few floors and step into a different world. Hundreds of students sitting hunched over computer screens developing the future. I see someone building a arcade game in the workshop, someone else is trying on a dress filled with some kind of electronics. A series of 3D-printers are spitting out some creations.

In the elevator we meet a guy with a VR-helmet and it looks like the most natural thing in the world. 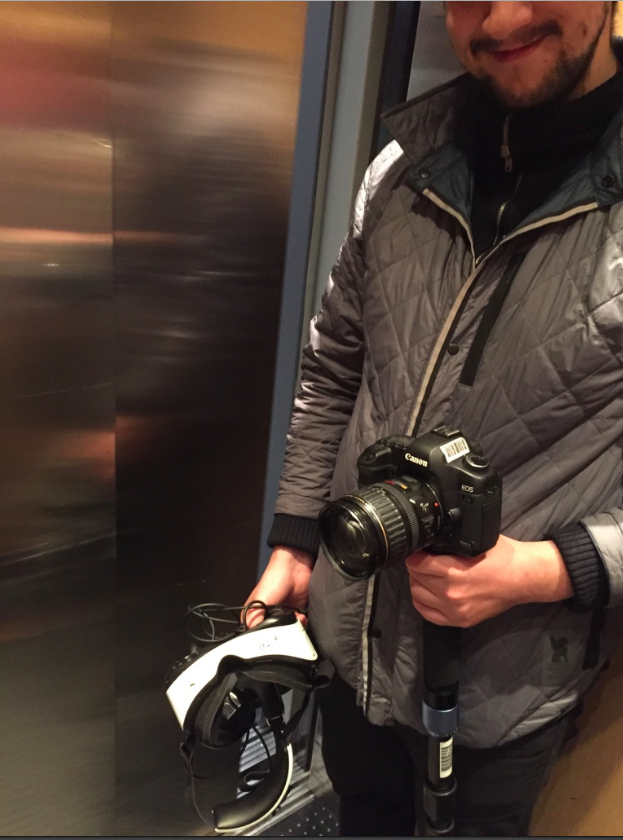 In this small, tiny space high above the streets of New York some of the world’s leading minds in how to creatively use technology are developing our tomorrow.

I tell Ruta about how I had watched a Ted Talk on the plane to New York about a color blind man who have had a camera operated into his head to translate color to sounds that his brain can interpret. (you can watch the speech here.) Ruta replies: “Yes we had him here as a speaker last semester.” It’s that kind of school. A micro cosmos for a specific area of interest. (In this case new media and new technology)

Walk one block, or one street, in any direction from 721 Broadway and a totally different micro cosmos is hiding behind a different door.

As it happens I also watched another video on my flight to New York which turned out to be about the city I was traveling to. (It’s a 21 hour flight, so I had a lot of time to watch film…) The movie was “Homme Less” – a documentary about a man who is projecting a life of being a successful photographer in New York, working at the New York Fashion week, for example, but who is reality a home less man, squatting at night in a corner of a roof top, sleeping in a sleeping bag under a tarp and having to use a bottle as a toilet. A fascinating film about how the glittering promise of New York lures people with dreams like a sirens singing to the sea men. A sad reminder of how these extreme silos of New York can create parallell worlds where people fall behind the cracks.

As I leave New York I reflect over the need we humans have to craft out a small part of the world for ourselves in order to stay sane.
How we need to feel that we are part of a puzzle, and how that puzzle can not be so big that we can not see the whole picture.

But at the same time they are all “New Yorkers”.

Ruta might not have loved New York when she came here – because she had not been able to get to know her “sub-tribe” in this city of tribes. But after almost a year here she likes it more and more.

For me the lesson from spending a few days walking through the different parts of New York and talking to everything from bankers to fire fighters is the need to create our own little “me-cosmos”. Done right you can look at the world using many different perspectives, just like you can use the one camera and get very different pictures using different lenses from fish eye to telescopic.We view the world based in the perspective of our personal preferences, our family, our neighbourhood, our city, our state, our country – and the world. From our culture, our interests and our backgrounds.

We need to carve out our own little nisch, and then – when we have made it there – “we can make it everywhere… 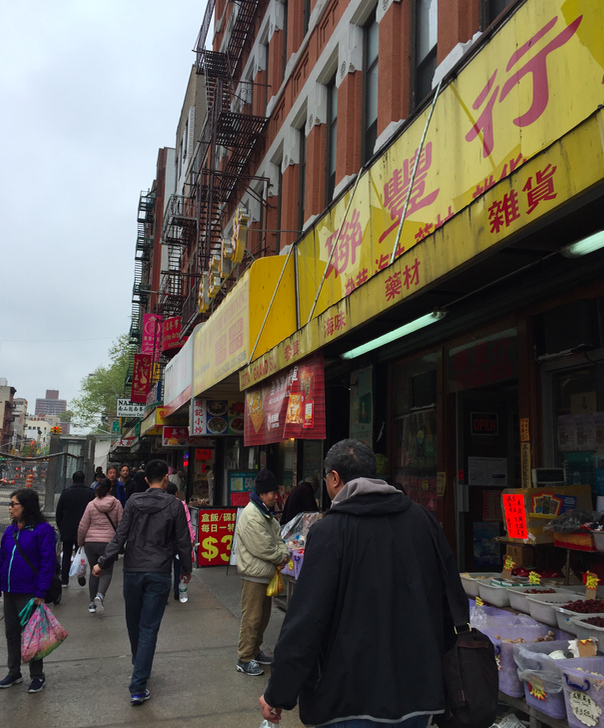